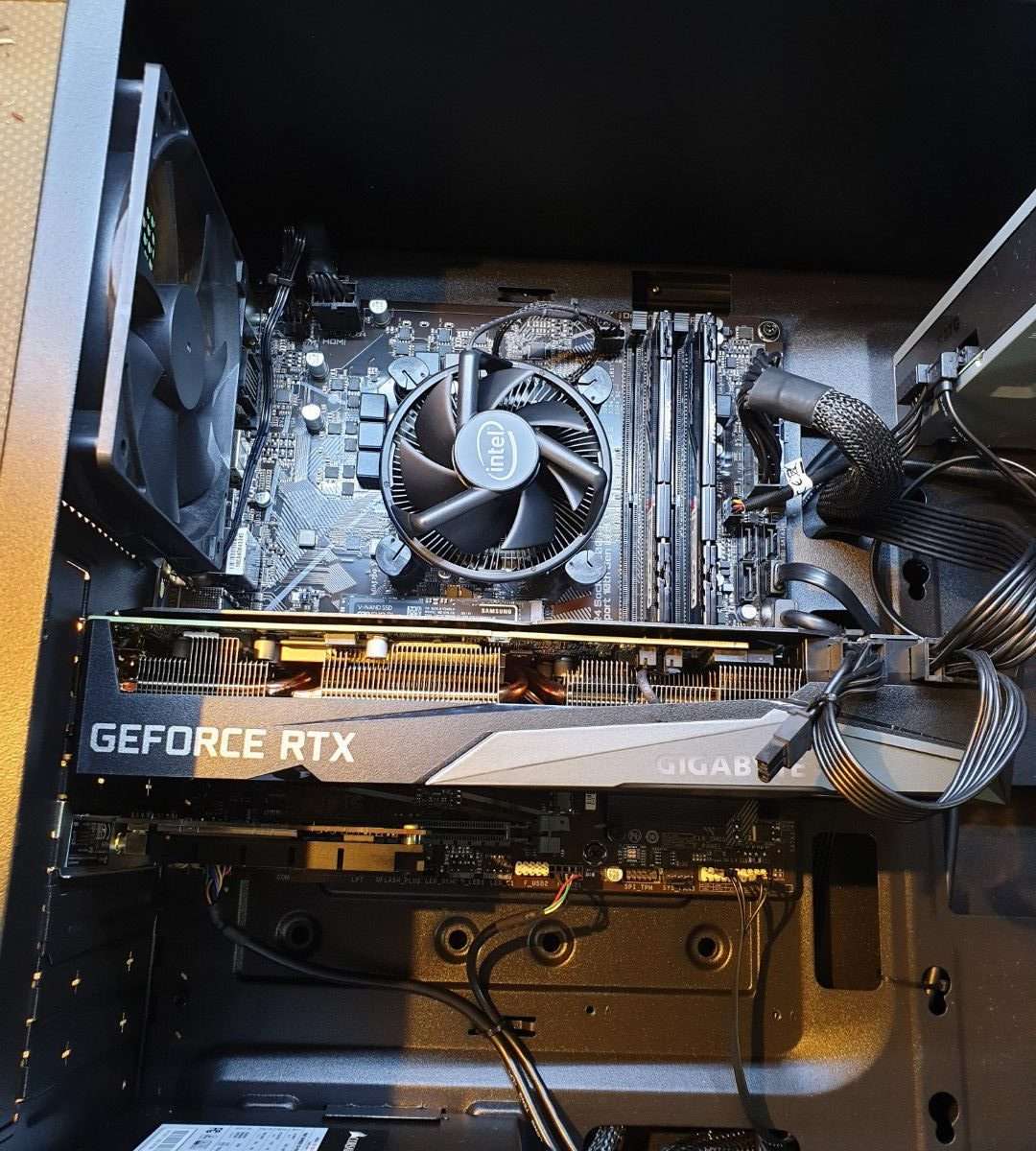 A while back I had to put together a mid range gaming computer for a client, the client had a set budget in mind and I had to spec out a good bang for buck gaming computer. The client's only demand was that the cpu had to be an Intel i7 10700.

The parts list included: Intel i7 10700, H470M motherboard, 16GB DDR4 2600Mhz memory, GeForce RTX 3070, 650 Watt PSU and a Samsung 1TB M.2 NVMe SSD drive. The build was an absolute pleasure, everything went together like a glove. I assembled the system with the stock Intel cpu air cooler that came included with the Intel i7 10700 cpu. 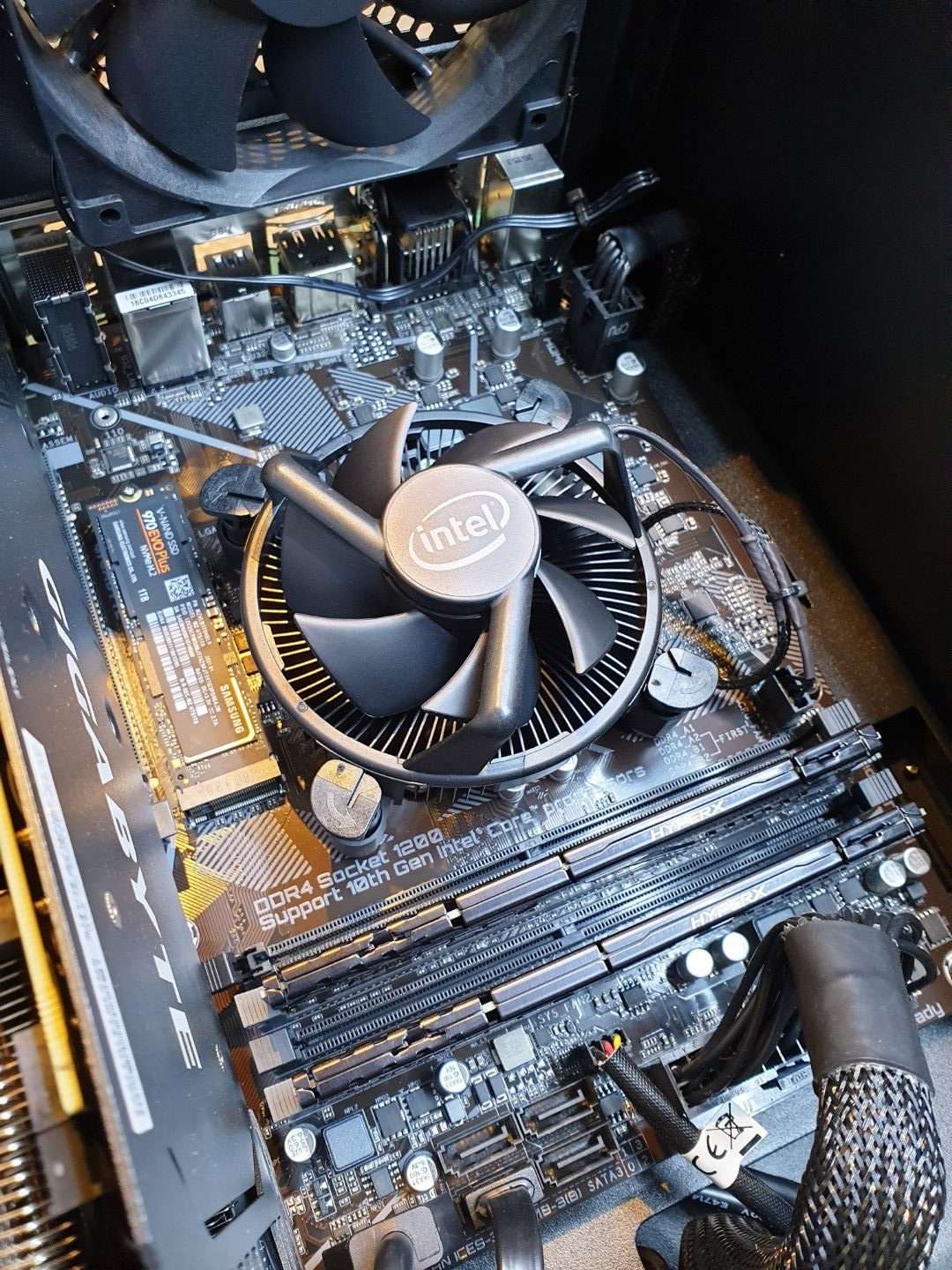 The Intel i7 10700 desktop cpu is an 8 core 16 thread, 2.9GHz clocked cpu that can turbo boost to 4.80GHz and in the process consume up to 215 Watts under full turbo boost load. The 14nm Comet Lake processor has a max die temperature of 100 degrees C. The included cooler is certainly good enough to run at the processor 65 Watts TDP but not more, when turbo boost kicks in  the cpu die reaches 100 degrees C in mere minutes. 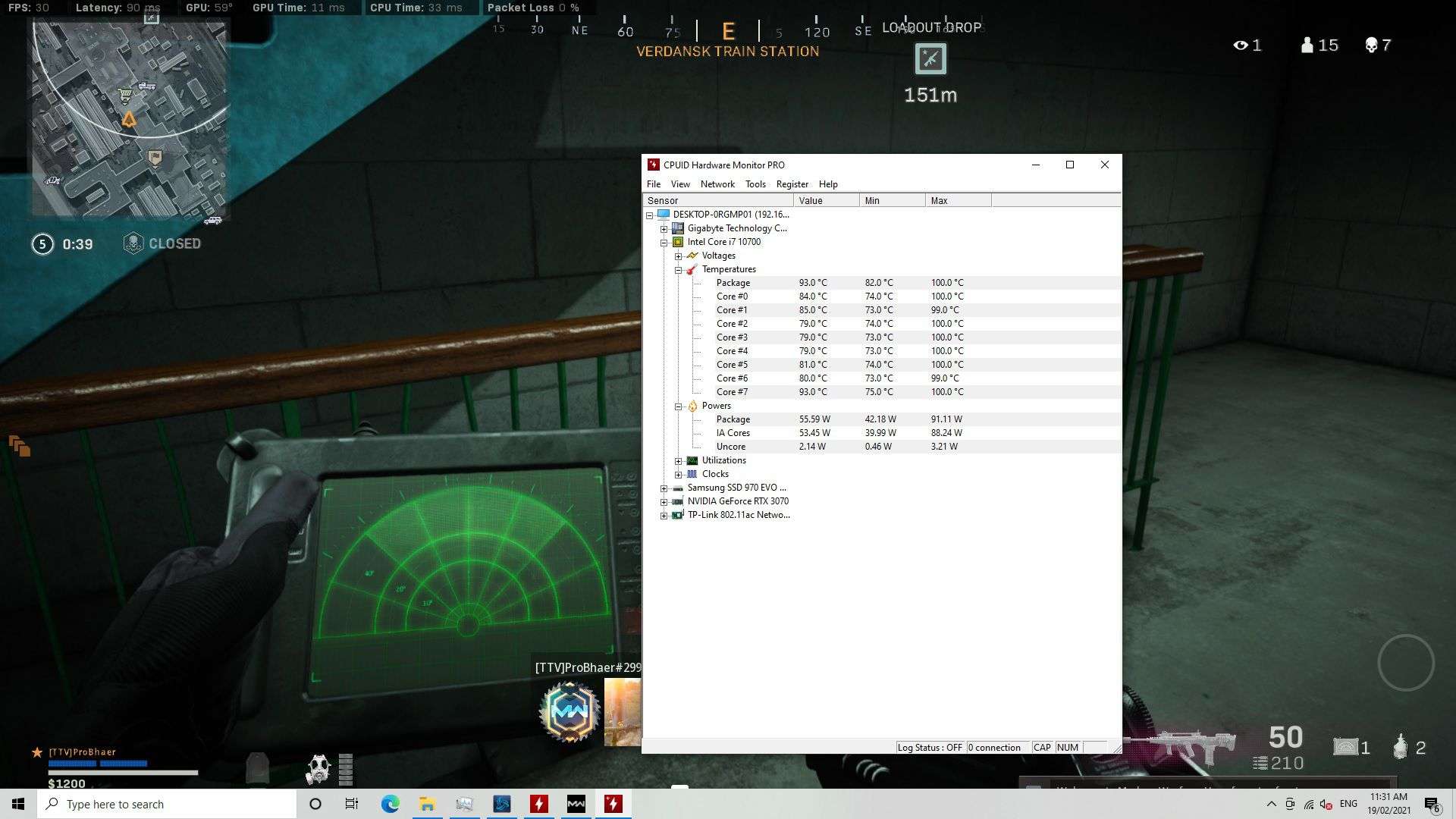 When it came to testing the system, I ran a few benchmark applications but my go to was Call Of Duty Warzone as this game is CPU and GPU intensive. After a few minutes it was evident that the stock cooler is NOT sufficient. The cpu was cooking, the cpu package temperature was running at 93 degrees C! "CPUID Hardware Monitor" recorded max temperature hitting 100 degrees C - That's the Cpu max temperature as per the Intel specifications! 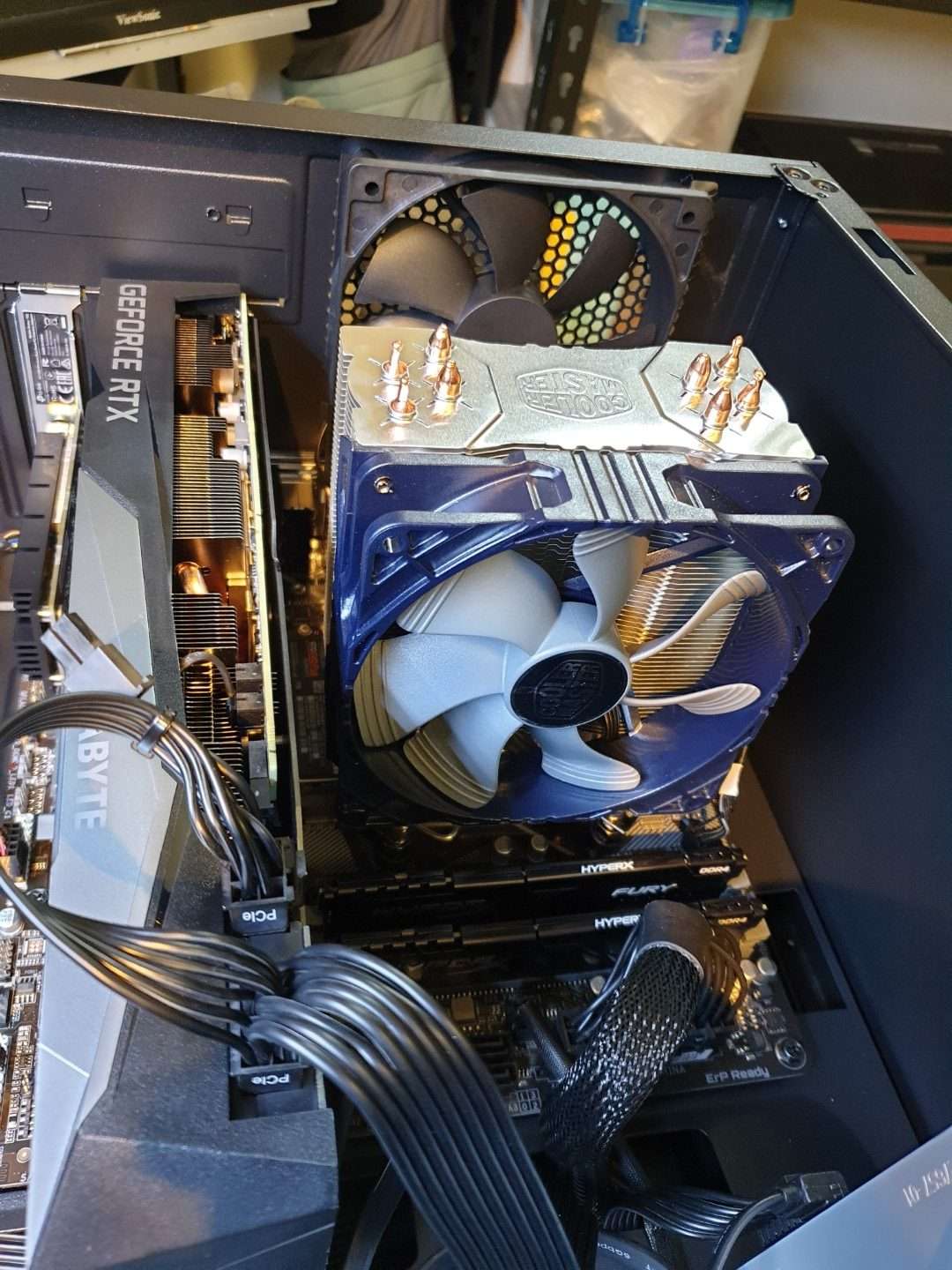 The Cooler Master Hyper 212X CPU Cooler comes with all the necessary mounting gear, thermal paste and even a tool for tightening the bolts that are included in the box. 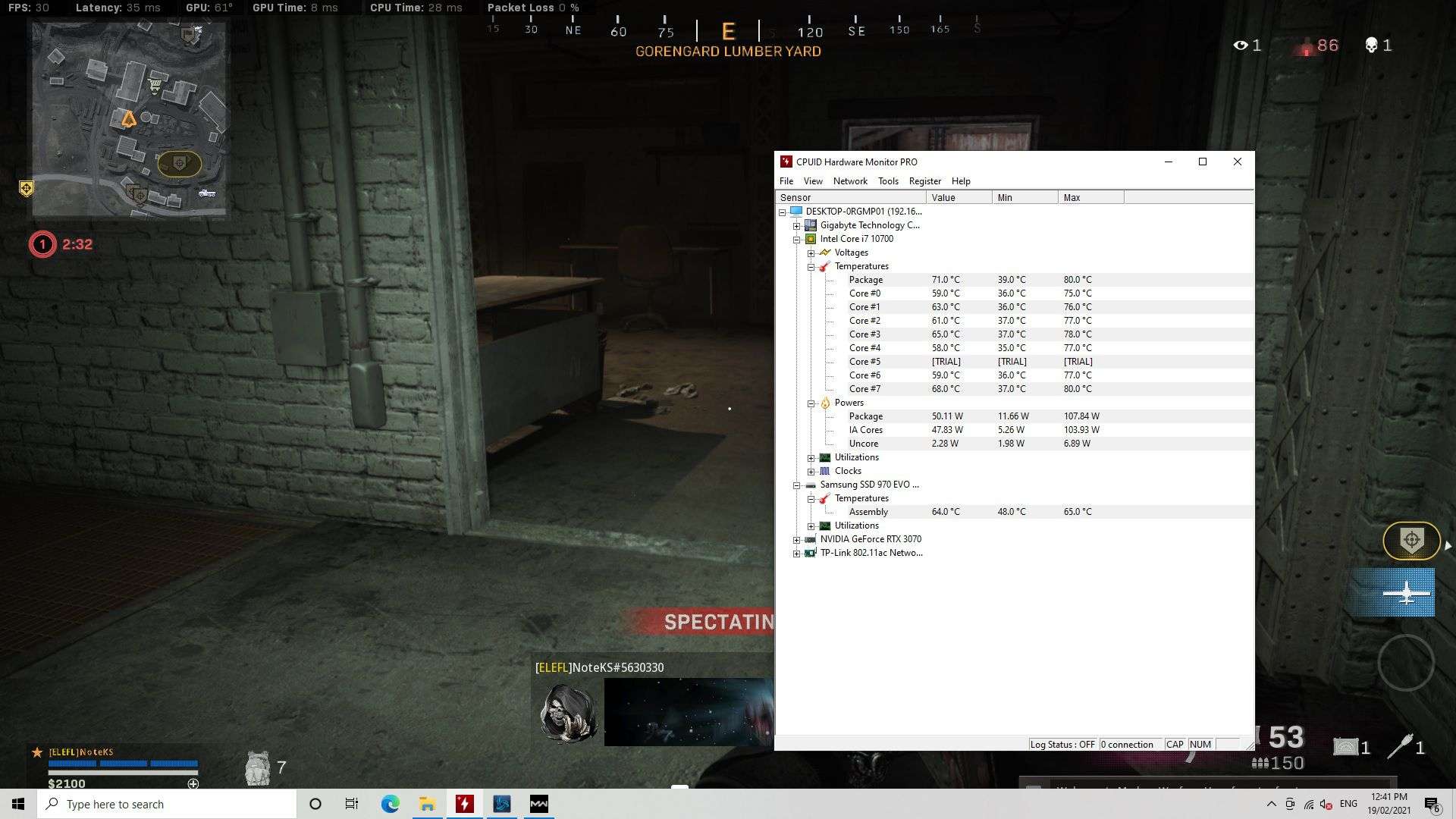 I swiftly removed the stock intel cpu cooler and replaced it with a Cooler Master Hyper 212X CPU Cooler. Mounting the cooler was fairly straight forward and the entire process took about 10 minutes. The Cooler Master Hyper 212X CPU Cooler 212X is amazing value for money. Running Call Of Duty Warzone with the same settings in the same ambient temperature of 26 Degrees C see the temperature drop down to a respectable CPU package temperature of 71 Degrees C, that's a massive 22 Degree C difference! Very impressive for the price!