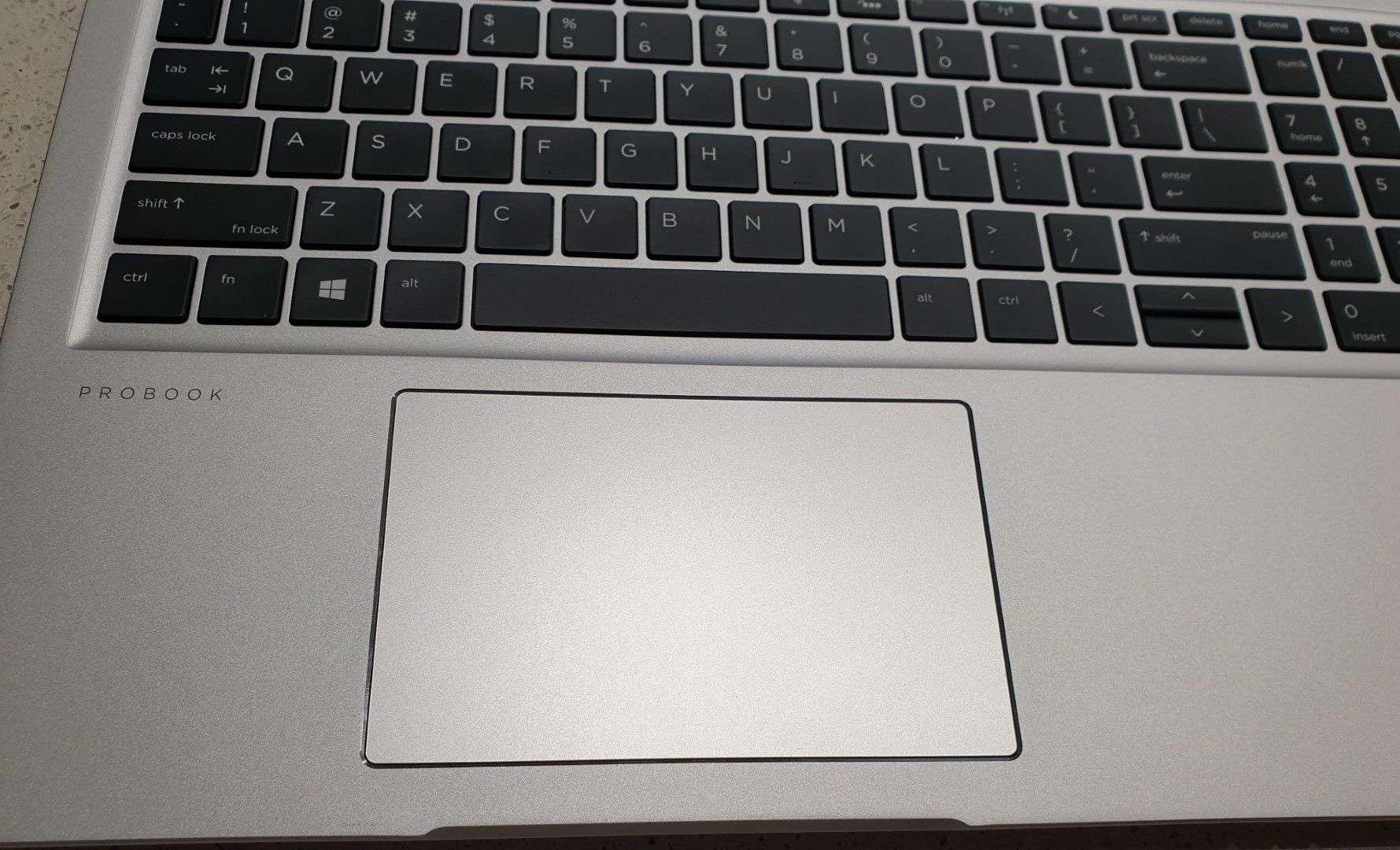 My trusty HP Probook 4320s onboard graphics chipset packed up rendering it useless. Seeing I never had any issues prior to the GPU packing up, I decided to purchase a replacement HP Probook 450 G6. Within minutes of starting up the new Probook I noticed the laptop touchpad pointer would sometimes jump to the bottom left part of the screen when I tried using the left click function of the touchpad. Needless to say I was very disappointed that my brand new laptop had touchpad issues right out of the box!

After running through the initial Windows 10 setup process – which was very annoying caused the pointer kept jumping around. I recorded a video for HP support. Notice in the video how the pointer jumps to the Windows start button.

The very first thing I did was to try and re create the touchpad issue, I knew that if I was to contact HP support they would want me to show them the issue. The problem was that it occurred randomly, sometimes it would take around 6 minutes to appear and at other times it would happen within seconds. I could not find a way to re create the issue, it was random.

The next thing I did was to see if the problem persisted in the HP bios.  I restarted the laptop and hit “esc” repeatedly at the HP start up screen then proceeded to the “BIOS” page. The touch pad seemed to work fine in the BIOS, The touch padpointer never glitched or jumped like it did in Windows. That rules out hardware issues. 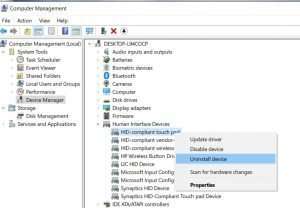 Next step was to update the touchpad drivers. I used “HP Support Assistant” to check for driver updates. The application found various firmware and driver updates which I proceeded to install. Couple of reboots later and still have the same touchpad issue. 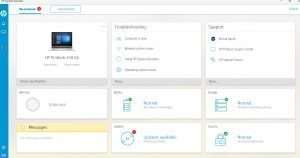 Many hours later I get tired of this and get on the line with HP support which takes me through the entire process again of firmware updates, driver updates, bios testing, safe mode testing etc.. I even had to make a video of what was happening. The final outcome was to reset the HP laptop Windows 10. This was a big pain cause I have already installed all my typical used applications and files.

HP support send me directions on how to reset the Probook Windows 10, I followed their instructions here : https://support.hp.com/in-en/document/c04758961

40 mins later the process was complete and the Windows 10 initial setup process started, to my amazement the touchpad buttons were not working anymore. The touch pad cursor moved but both the left and right button function no longer worked, how annoying.

I got back to HP support reporting after the Windows 10 reset that the touchpad buttons were not working at all. I was advised to try another reset. Which I did and it did not fix the issue of the touchpad buttons not working. I now started to get blue screens about a “Synaptics” related file causing a memory fault. It was evident that this is a driver issue, what made it more confusing is that the latest HP touchpad driver made it worse.

Many, many hours of testing different drivers I got a driver that works – Did I mention there are no drivers on the Synaptic website! ?‍♂️

Back to the driver that does work. I found it on the MSI website and it is intended for an MSI based laptop but there seems to be no ill effects, it works and that’s that.