Beginning of a fascination

Since early childhood I was fascinated by electronics, electrics and RF. I still remember getting my first CB (citizens band radio) when I was 12 back in 1988. It was amazing talking to someone on the other end via radio waves, I was intrigued by how it all worked and how to get better range.

It was the coolest thing being able to send data wirelessly, I needed to learn more! I wanted to know how I can connect two buildings via this cool new technology. At that stage I knew a lot about RF in the lower frequencies, 27MHz to 433MHz but I had no knowledge of microwave frequencies.

I knew that if I wanted the signal to go further I needed directional antennas. I proceeded to build and test a "cantenna" out of a "Pringles" can. The results were way better than with the included standard omni directional rubber duckys. In the next few years I built and tested various Yagis, Flat panel, dish antennas and even a circular polarised helical antenna.

Come 2003 and I bought a set of Linksys WRT54G's and 24dbi grid antennas for a 14km point to point link to a friend for lan gaming. For the WRT's to communicate they had to connect in WDS mode (wireless distribution system). The standard Linksys firmware did not have this function and a custom firmware had to be loaded. The first firmware I tried was Sveasoft's Linksys firmware, I also later experimented with OpenWRT but finally stuck with DD-WRT.

I recall the 14km  link at that stage had a very good signal on 802.11B/G rates, -65dbm got us connected at 48Mb/s-54Mb/s link speed but we never saw great throughput. On average we were seeing 1Mb/s on large file FTP transfers. The WiFi link wasn't reliable either with a lot of time outs and disconnects. The problem was that none of the available firmware knew about long link distances. Later on this function was added and speeds improved to 2.6MB/s on large file FTP transfers. Above: 14KM point to point WiFi link to a friend to be able to play Lan games. 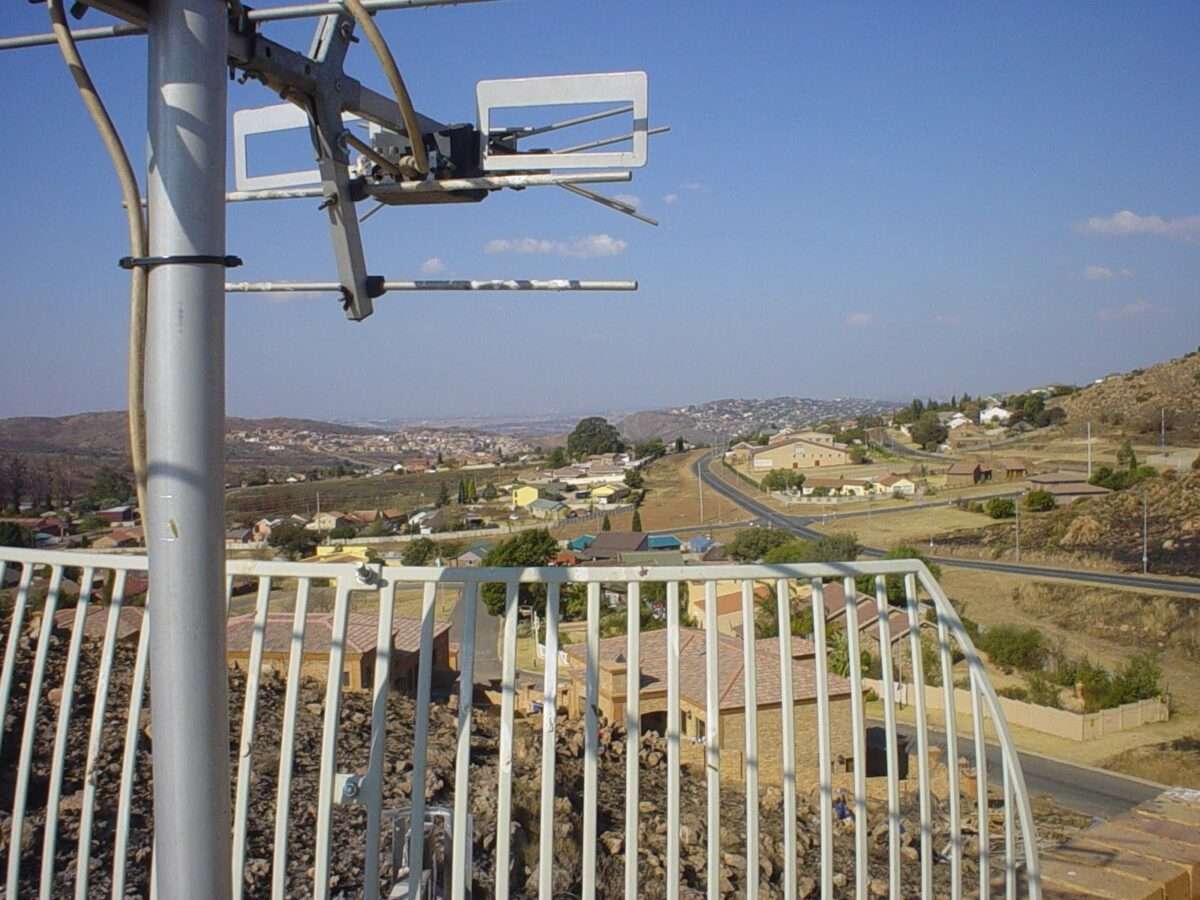 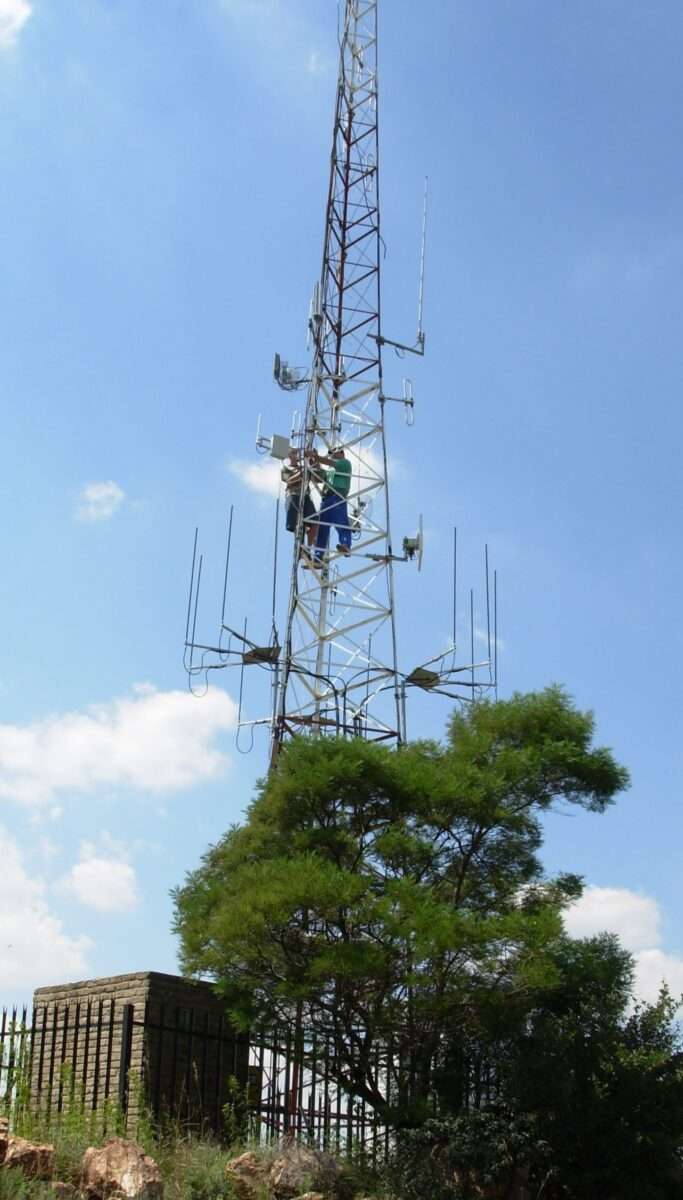 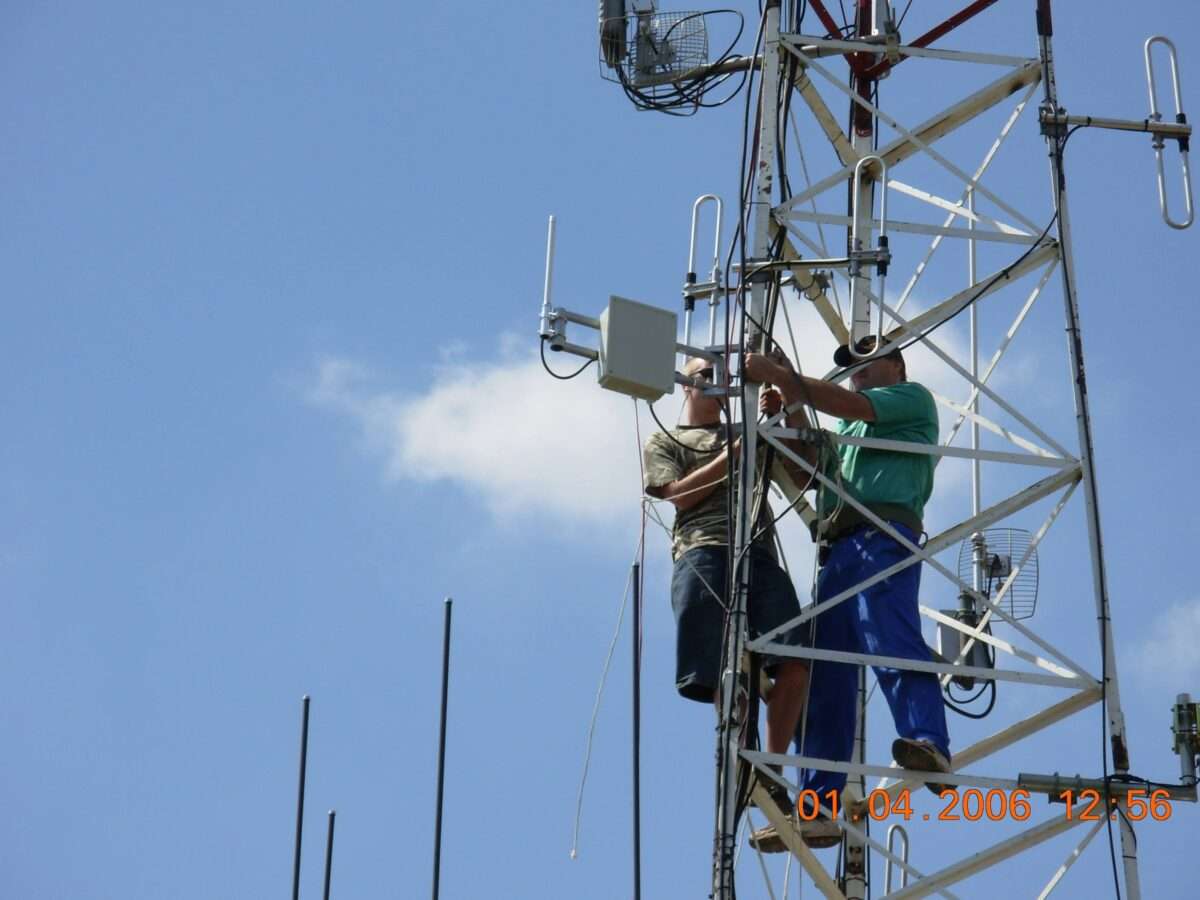 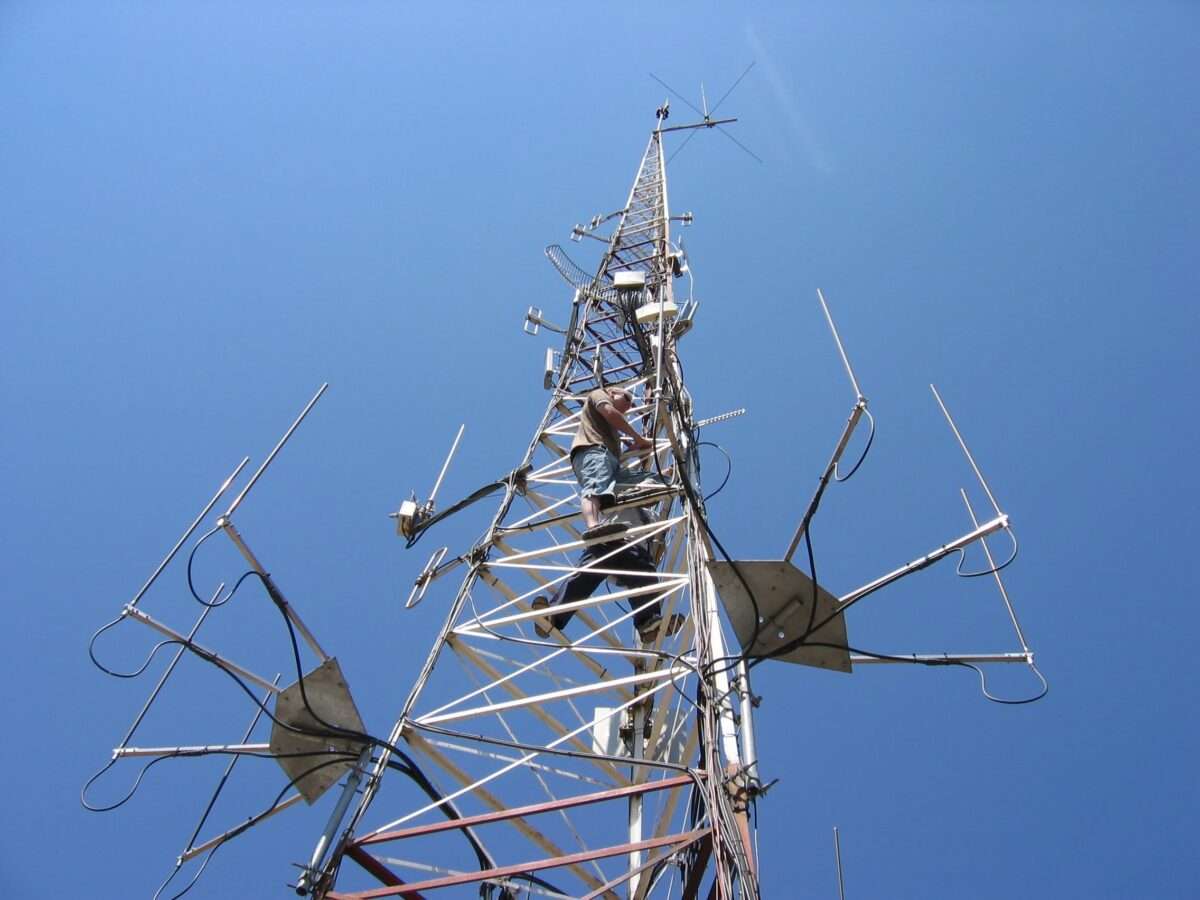 Later on I got access to a local HAM radio amateur club repeater tower and added  a custom built base station using Mikrotik Router OS on a Pentium 4 computer with a bunch of Wistron Neweb CM9 802.11B/G cards. I even built my own sector antennas. 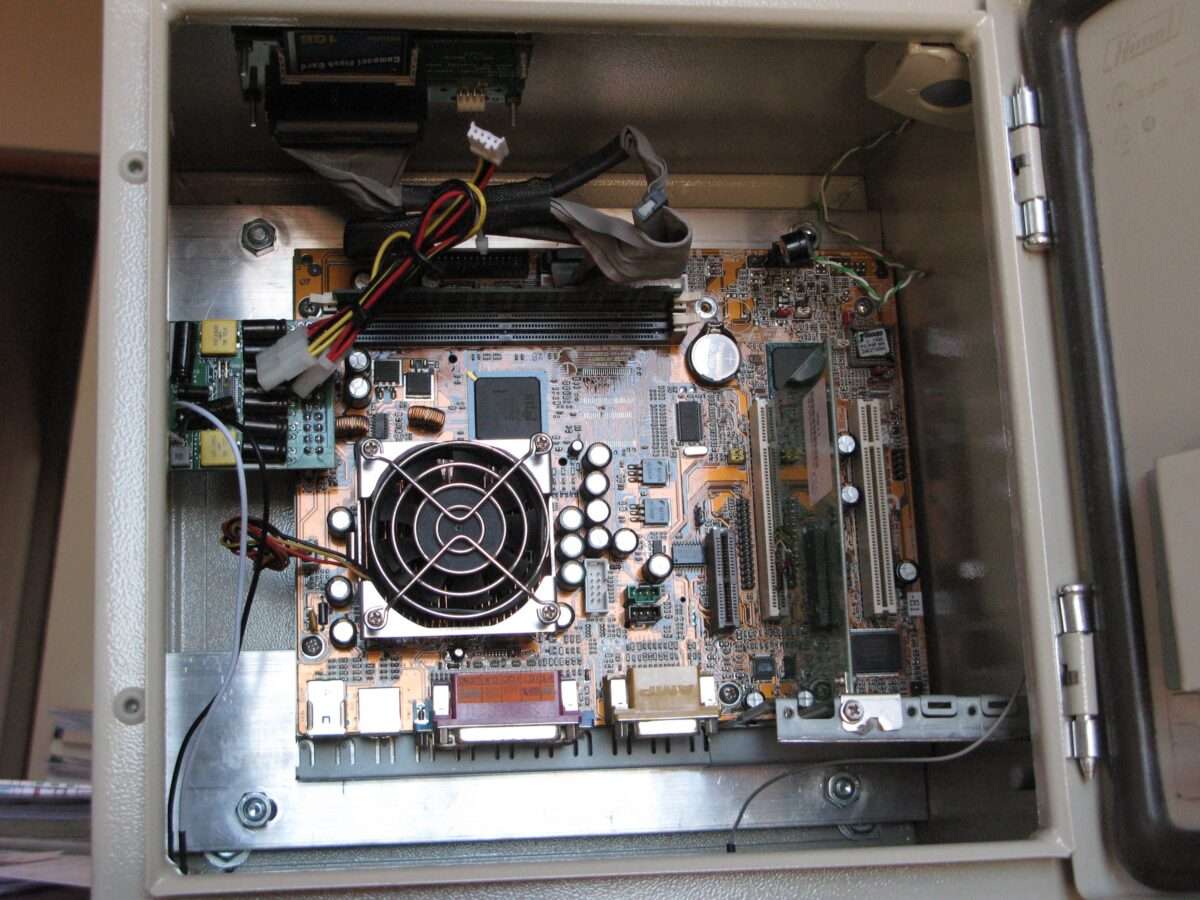 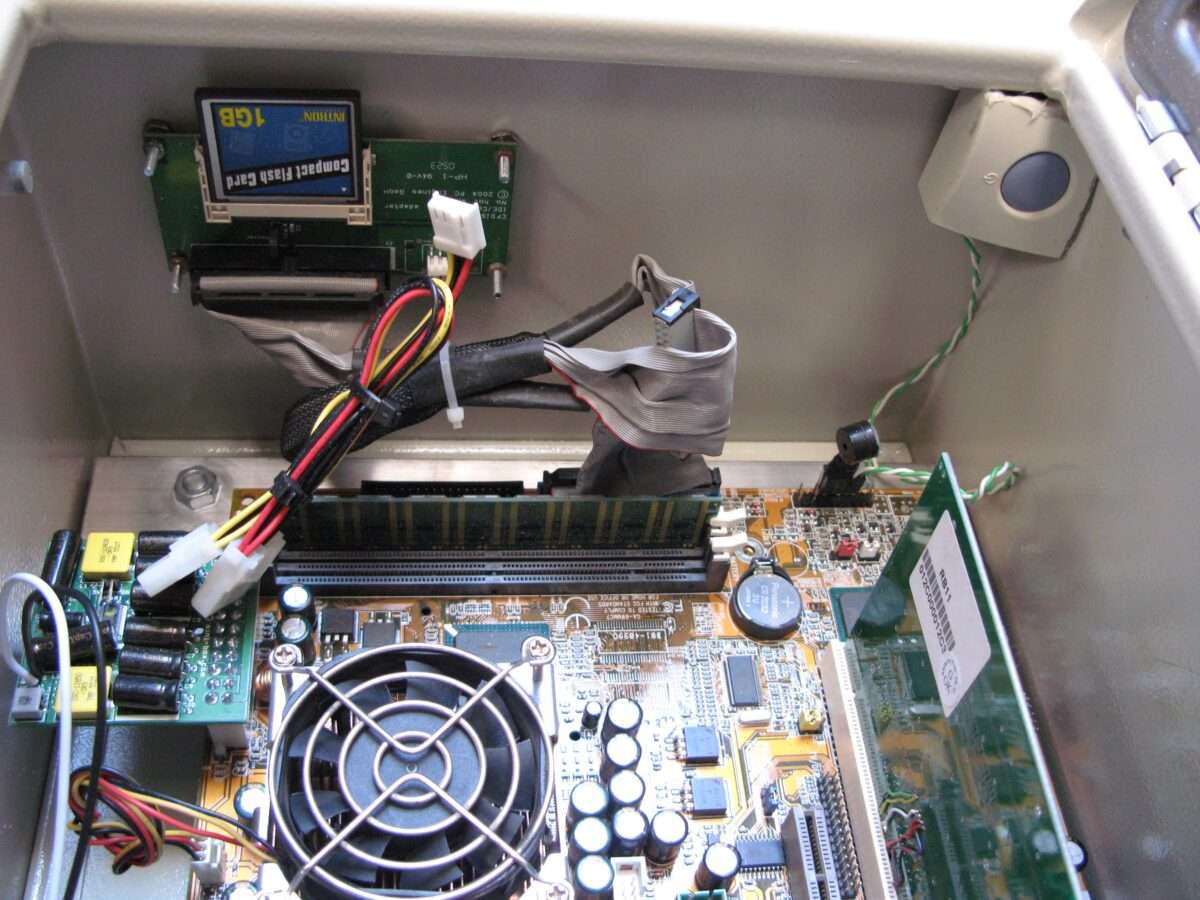 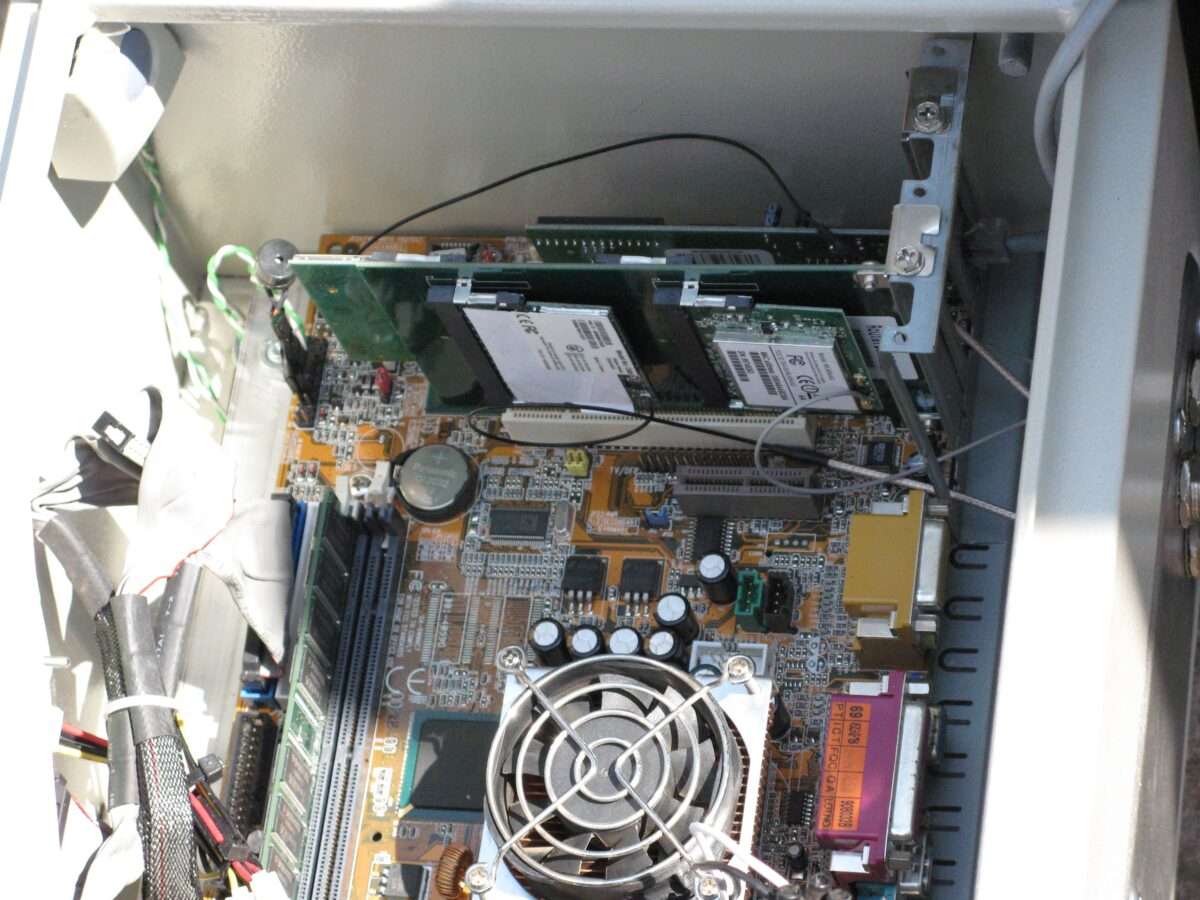 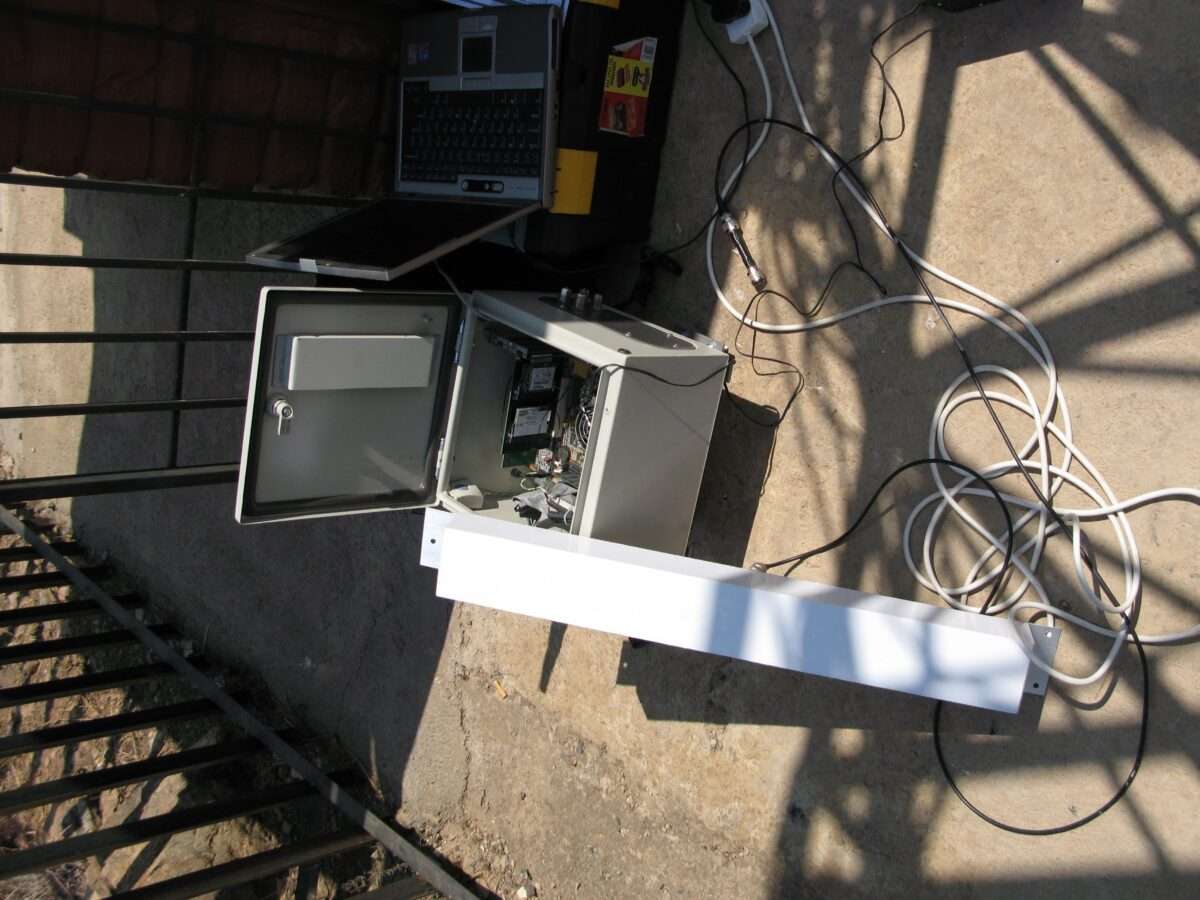 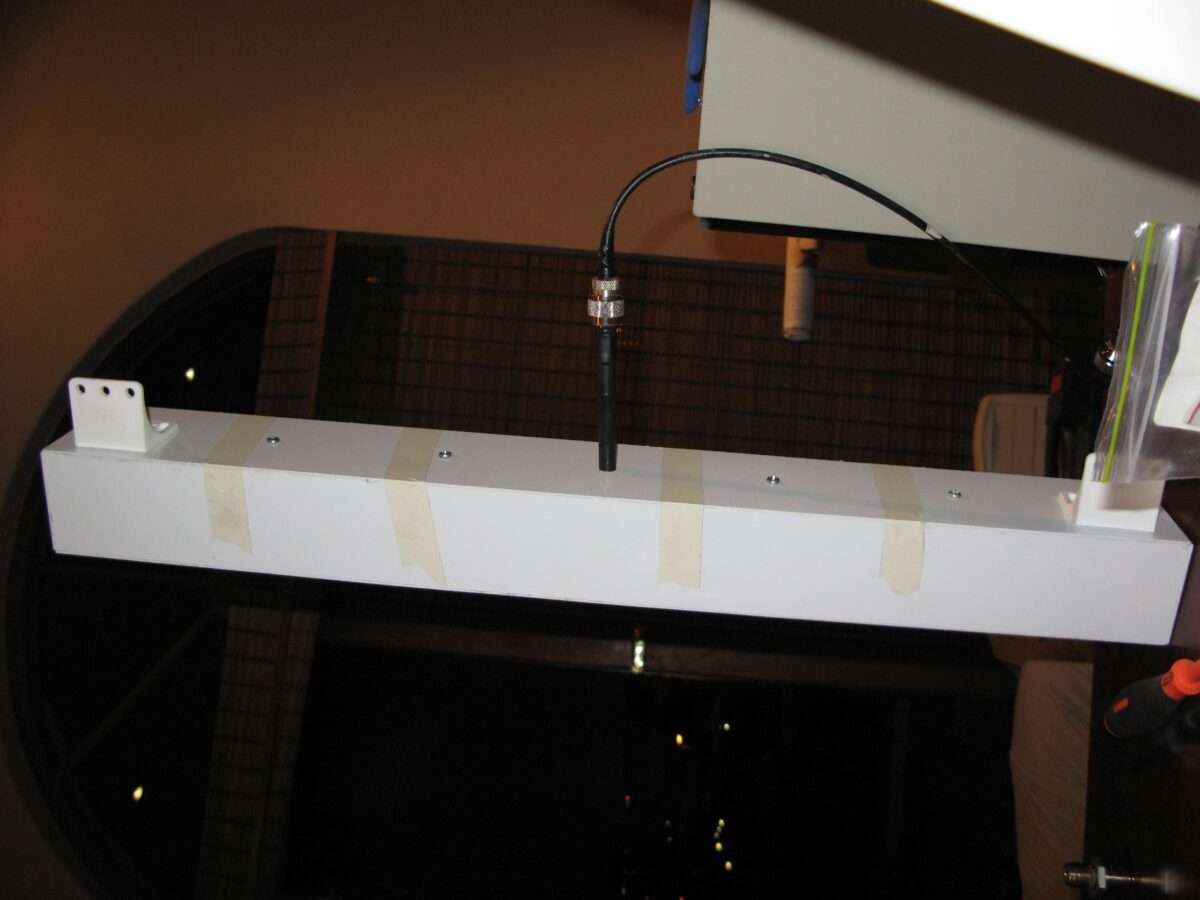